So we’re finally doing it. We are cooking for the public for the very first time! Paella at the Pig is happening in a week and I’m so nervous. Chef Alfonso, on the other hand, is cool as a cucumber. Thank the culinary gods. 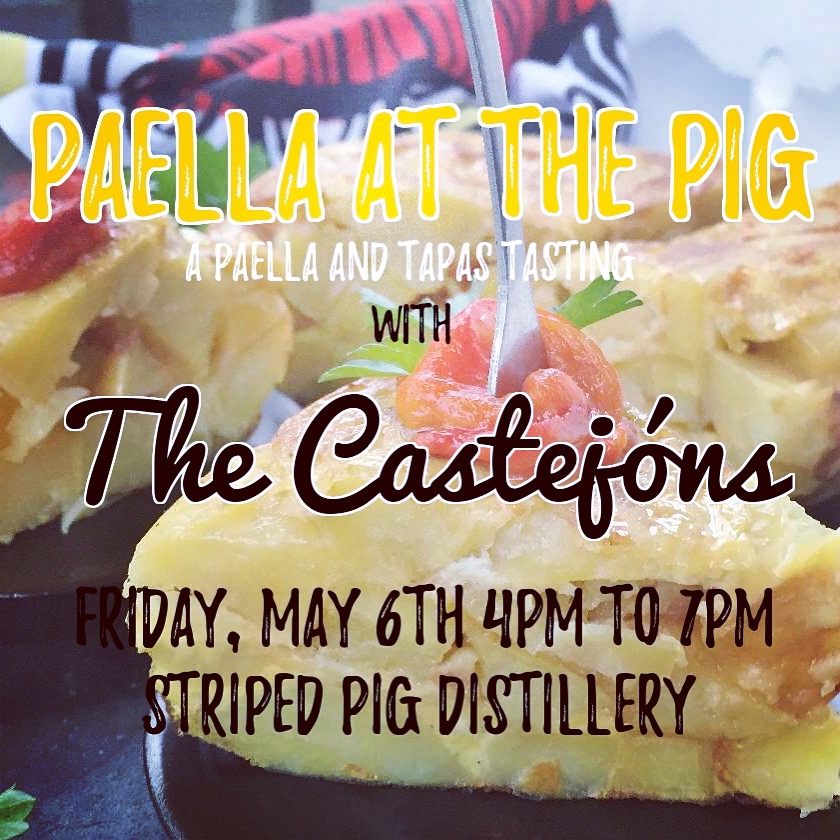 Talk about some first world problems.

Last weekend we did a dry run of the paella with the new burner and the recipe we developed for the event. And this weekend we will be doing another dry run. Does anyone in the Charleston area want some pre-event paella? We are swimming in it.

The hardest part about this burner is that it takes probably about an hour to warm up. The burner is made of 2 burner rings that can be individually turned off and on. Initially we had both of them on and were waiting on the oil to get hot to sauté the chorizo and onion, but it took forever and the flame seemed really low. Alfonso said that in Spain they use butane gas instead of propane gas and, “maybe that has something to do with it.”

Alfonso’s second idea was a little better than the first. He turned off the outer burner and the middle burner shot up in flames! The oil sizzled, Alfonso prepped the chorizo, and we were in business.

Obviously saffron is the most famous paella ingredient, but in my opinion the garlic and special Spanish smoked paprika really make it happen. The paprika, especially, has a certain note that takes me right back to summertime on a southern Spanish beach, sipping on Cruzcampo and munching a paella.

One of the most important things for authentic paella is the paella rice. A lot of people use Arborio rice (including us, sometimes) because it’s a little easier to find and it is similar to paella rice, but when you can we always recommend special paella rice.

Did you ever see such beautiful bubbles?

We ended up spending all afternoon on the porch and by the time the paella was actually done it was dark and I couldn’t get any good pictures. No need to fret. We will be doing it again this weekend. We have made even more changes to the recipe and we want to go another round with the burner to show it who is boss. This time we’ll make it a lunch time paella, so light won’t be a problem.

All of this is in preparation for Paella at the Pig, a paella and tapas tasting. We are doing a tasting of our Spanish food along with our wonderful host’s regular Friday liquor tasting at Striped Pig Distillery in downtown Charleston. Hopefully, we will have some interest and be able to do a full-blown pop-up service sometime soon. And, hopefully, after we get in to a rhythm with our tools and equipment, each event won’t be as overwhelming as this one.

On top of preparing the food portion of the event, we are working on a logo design with my graphic designing sister-in-law, Berta, at La Buena Impresión out of Granada, Spain. She is so talented, and I think we are almost there. Look forward to a reveal, hopefully before Paella at the Pig.

Check back in next week for part 2 of The Making of a Paella. Mantra: We will dominate the paella burner. We will finalize a recipe. I will chill the eff out.